The village of Konoha is full of great and powerful ninja! Starting from the Hokage, Naruto, Sasuke, Kakashi, Tsunade, and many more. And most of the strongest ninja Konoha is a member of a certain Klan or Family ninja, you know. 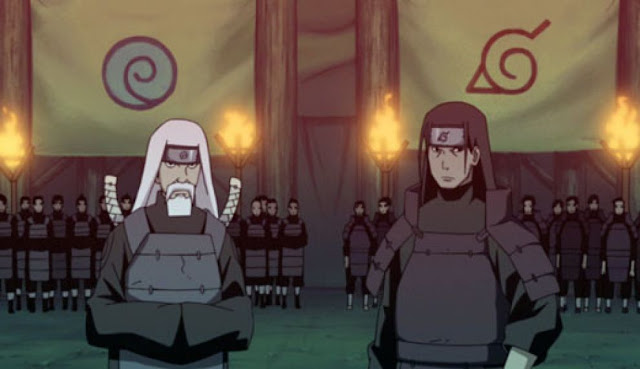 Each Ninja clan in Konoha Village has its own unique stance or capability, and there are many tough ninja clans in this Ninja Country Fire village. This is what makes Konoha considered to be one of the most famous ninja village in the world Naruto.
Well, of the many families of ninja there are 9 clans that are considered as the most powerful. Who are they, let's see Naruto WorldGames discussion this time! 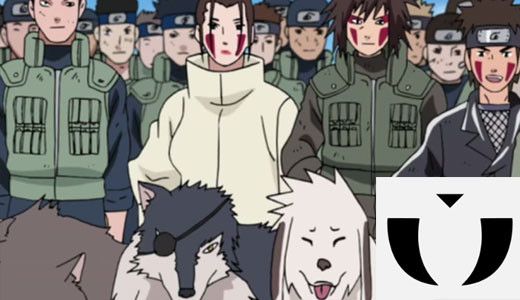 The Inuzuka clan uses a ninja dog (or "ninken") as their companion and is easily recognizable from the red fangs on their cheeks. Upon reaching a certain age, members of this Clan will be given a ninja dog so that both ninja and dog have a close relationship. Inuzuka usually fights with a combined stance that relies on the cooperation between the ninja and his dog as well as their sharp claws and fangs.Inuzuka family members can also talk to dogs and have a sharper sense than ninjas in general. By concentrating the flow of chakra into the nose, they can detect the creatures and objects around. 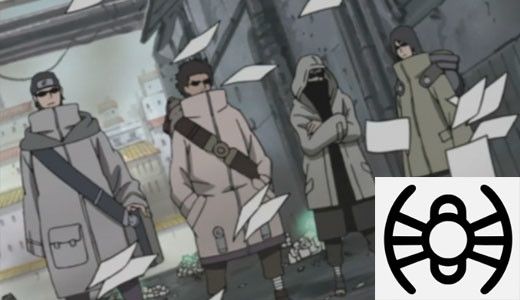 Insect control clan. While still young, all members of this Clan create a symbiotic relationship of mutualism with a number of special insects - where the insect will occupy their body and make it a nest, and the Aburame family may use them as a weapon or spy device. The Aburame is also known to always wear something to cover some faces, such as sunglasses.Together with 3 other Konoha Clans: Akimichi, Uchiha, and Hyuuga; These four clans are known as the Konoha Clan of Konoha Village. 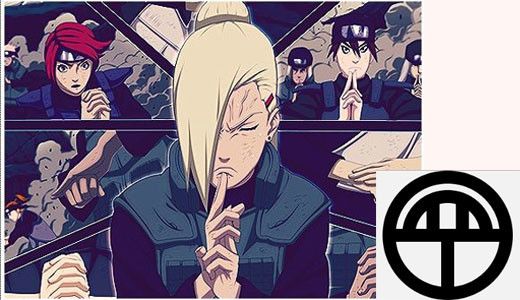 In addition to being an expert in the field of mind manipulation, the Yamanaka Family is also known for its flower shop. The ability of mind manipulation - such as exchanging awareness between two people, mind reading, and telepathy - makes the Klan relied upon to gather information, espionage, and interrogation.The Yamanaka, Akimichi, and Nara clans have a special connection in Konoha, where every third of the family's families are always taught the Ino-Shika-Chou combination. Members of the 3 clans are also always given earrings by the Sarutobi Family when it reaches a certain age as a sign of friendship. 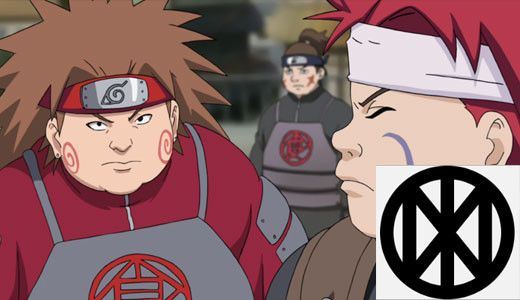 Members of the Akimchi Family have tremendous physical strength and are able to turn calories in their bodies into chakras. Their body manipulation techniques eat a lot of chakra and make them tired quickly, so they often eat greedily to keep their chakra (and calorie) reserves.However, if during the battle there is insufficient regular caloric reserves, then they can eat P3 Colors to turn fat into chakra - sacrificing health and self safety. 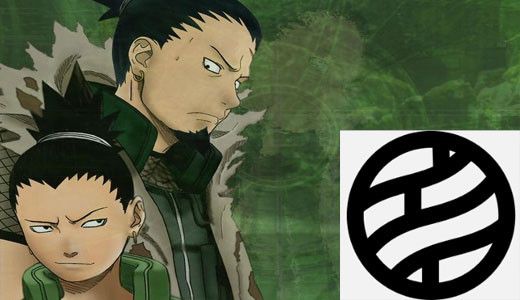 The Nara family is known to have an extraordinarily high level of intelligence and surpasses the ninja in general and has a secret "Hiden" technique for manipulating shadows. In addition, the Clan also has an archive of the various techniques of making and the effects of drugs passed down from generation to generation. Among the medicines in their archives are 3 Akimichi Clinic's secret pills.Members of the Nara Clan are also used to take care of the deer who live in the Nara Clan Forest. The name "Nara" is most likely taken from the real world of Nara, Japan, filled with benign deer. 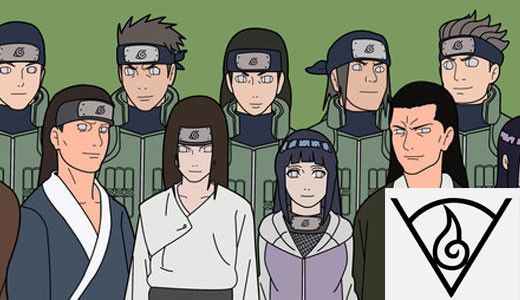 Owner of Kekkei Genkai dojutsu Byakugan. Is a descendant of the Otsutsuki Clan, they are distant relatives of Uchiha, Senju, Uzumaki, and Kaguya. Thanks to Byakugan and the number of families who remain many they are considered the strongest clan in Konoha today. The Hyuuga family utilize Byakugan's ability to develop combat techniques in which they can stop or break the enemy's chakra channels.Politics among members of the Hyuuga Family is very complex because the Clan is split into 2: Main House and Branch; To protect the Byakugan secrets from outsiders. The Main House regulates the total family condition while the Branch House is in charge of protecting them and getting a cursed seal. This gives the House full control of the members of the Branch House. This often leads to conflict in the Hyuuga Family order. 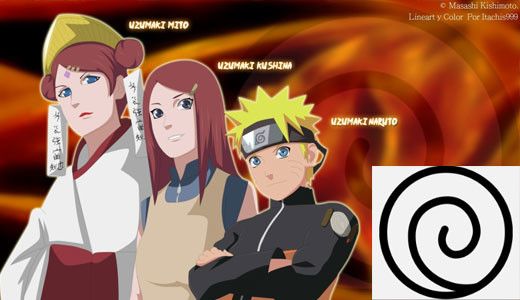 The Clan Uzumaki clan originally came from the village of Uzushio, but since the destruction of the remnants of the Clan members have fled to Konoha Village. Uzumaki and Senju have a close relationship because both are descendants of Asura Otsutsuki. For years both parties often married their members to one another, such as First Hokage Hashirama Senju and Jinchuuriki Kyuubi first Mito Uzumaki.The Uzumaki family has a strong "soul" making them have a long life and can recover from injury or fatigue in quick time. Coupled with great fuinjutsu (or Sealing Technique) capabilities, they are respected and feared by the ninja world.Members of the Uzumaki Clan: 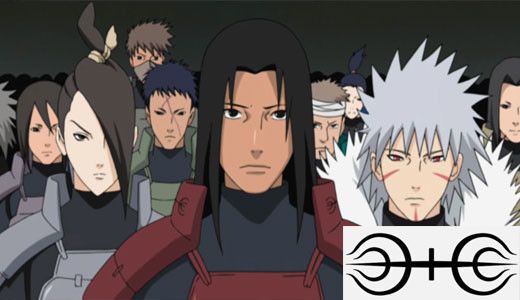 The Senju clan along with Uchiha is the founder of Konoha Village. Although as a group they are extinct, but Senju's philosophy is still very influential in the daily life of Konoha through the thought of "Will of Fire" and the role of Hokage in keeping the spirit in the village.Because it is a direct descendant of Asura Otsutsuki, Senju gets Hagoromo's "body" and gives it an abundant soul and chakra. But unlike other Clans, they do not have any special moves except that all Klansmen are very good at mastering various ninjutsu techniques - according to the meaning of the name "Senju", which is "1000 Techniques".Senju Clan Members: 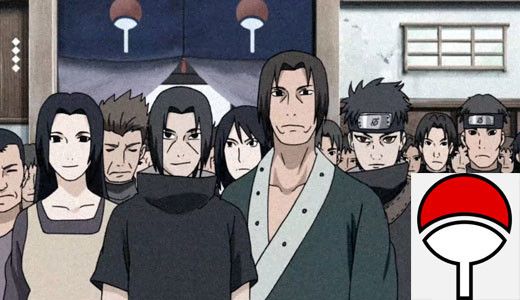 Formerly the Uchiha were not only revered and feared as the strongest Konoha Clan for their Sharingan dojutsu, but also because of their great combat skills. Although helping establish the Konoha, the Uchiha clan still has a conflict with the village officials behind the scenes. Increasingly excluded, most members of the Uchiha Family had wanted to stage a coup against the Third Hokage, but their plans stopped completely after Itachi massacred his own family.As a direct descendant of Indra Otsutsuki, they receive Hagoromo's "eyes" and gain great spiritual and chakra energy and the most powerful Sharingan dojutsu.