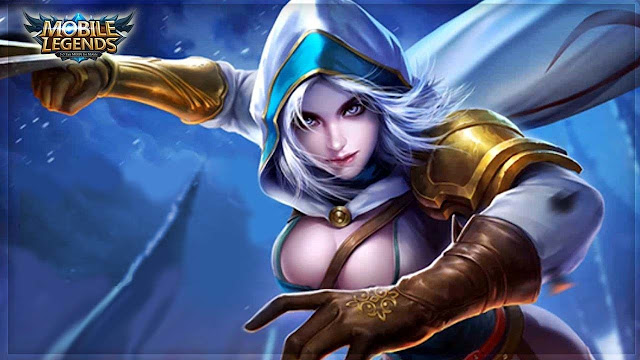 If you like Riki from Dota 2, then Natalia is the embodiment in Mobile Legends. He has a lot of defensive skills that are difficult to be handled by players. His passive skill "Assassin's Instinct" has the ability to disappear for 5 seconds while he is in the bush for 2 seconds. In addition, Natalia also has the ability "Smoke Bomb" which makes it immune from all kinds of physical attacks while in the haze of his. Plus, he has a dash skill called "Claw Dash." Judging from his skills, he is the most difficult character to handle. 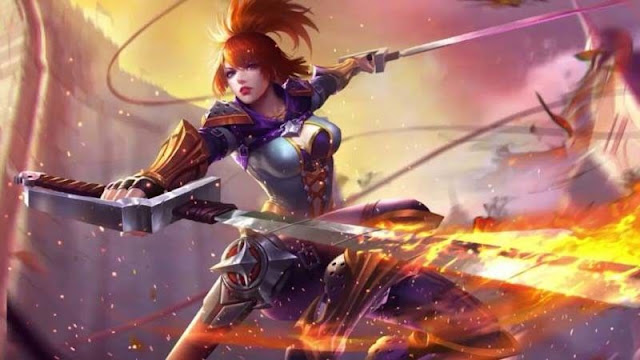 You could say the hero has the highest mobility because he has the ability of "Steel Cable." With this ability, he is able to pull himself to a surface, including the wall from a distance. This skill also has a short cooldown, so he is able to spam his ability on a continuous basis. Interestingly, when Fanny tends to ailment status like stun, he will remain interested in Steel Cable. It increases his endurance in the battlefield. 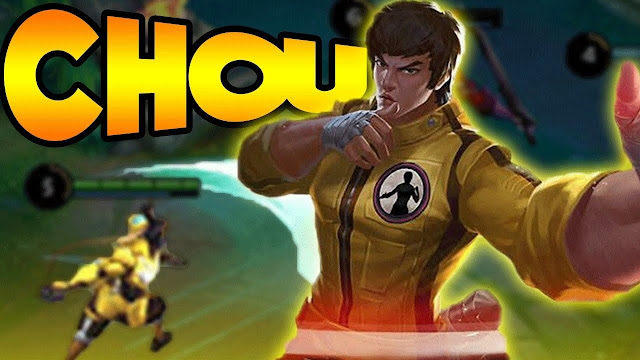 One of the heroes who have high mobility is Chou. He has a skill called "Shunpo" which is to charge to a place quickly. When doing Shunpo, Chou will also be immune or immune to any kind of attack. It allows her to infiltrate enemy heroes to launch her combo, then runs away quickly with Shunpo. In addition, Chou also has the ultimate skills that can be used to escape the "The Way of Dragons." 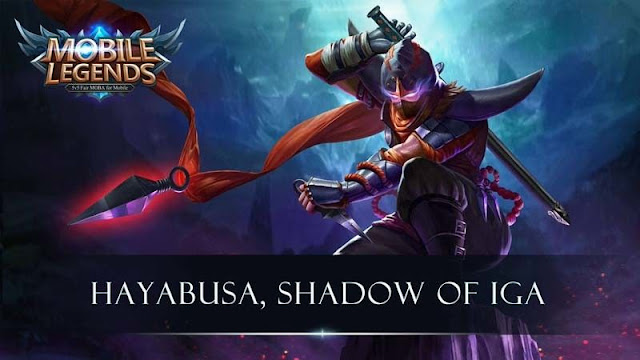 Hayabusa's "Quad Shadow" skill allows it to move quickly. Skill is useful to attack or escape, or both simultaneously. In addition Hayabusa also has the strongest ultimate skill in the game, "Ouhi = Shadow Kill" is doing an attack in the shadow similar to the skill "Omni Slash" owned by Jagernaut in Dota 2. When doing Shadow Kill skill, Hayabusa also get immune status. With the ability of Shadow Healing Ninjutsu, HP Hayabusa will also re-filled after using Shadow Kill. 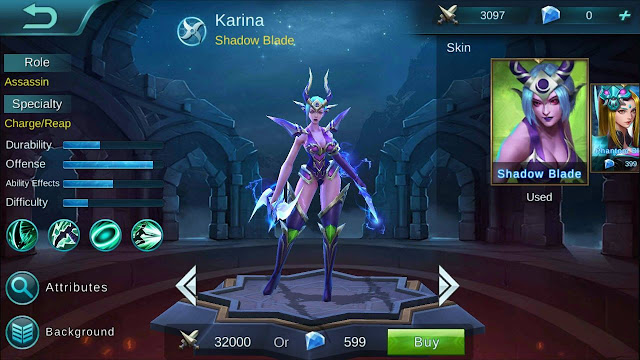 Assassin character of this one also has the skills to survive while providing increased mobility. The skill is "Elusiveness," making him walk in shadows and immune any kind of enemy attack for 2 seconds. This skill can be used to attack or escape depending on the circumstances.